Are You a Gospel Patron? 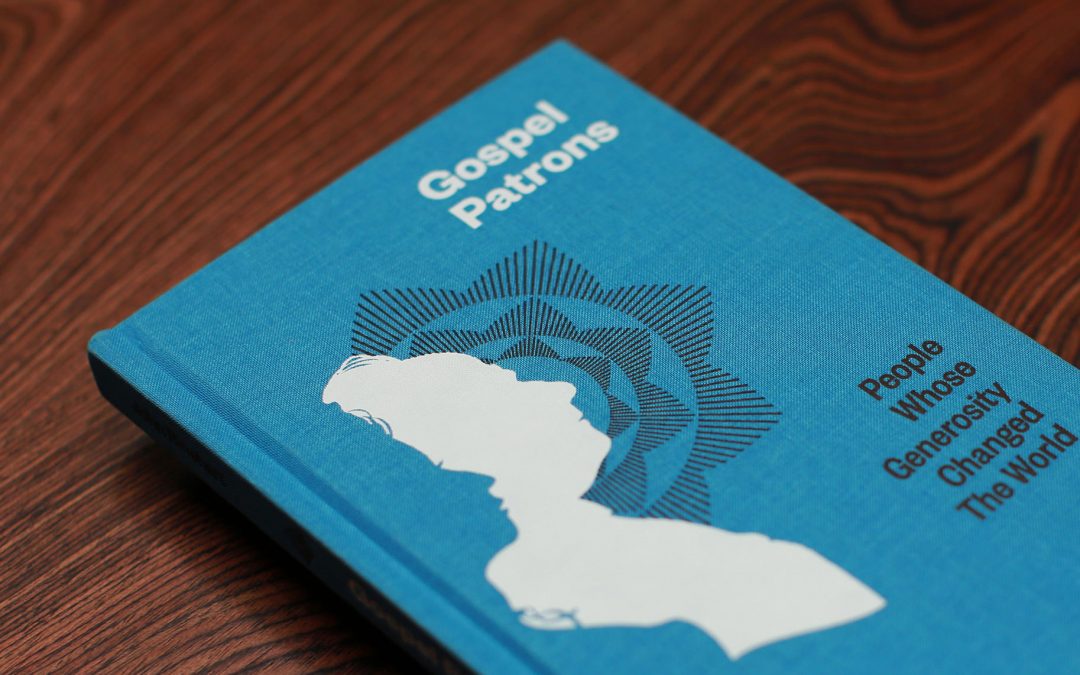 Jesus traveled about from one town and village to another, proclaiming the gospel of the kingdom of God. The Twelve were with him, and also some women…These women were helping to support them out of their own means.” Luke 8:1-3

What is a Gospel Patron?

A Gospel Patron is a man or woman who has significant means and who seeks to live out their calling by financially supporting another person who is living out their calling by proclaiming the Gospel message through speaking, writing, translation, and other mediums. Jesus and the Twelve apostles were the first to be supported by Gospel patrons, who funded their ministry of proclaiming the Gospel.  In Luke 8, these patrons were women who had been healed, blessed, strengthened and encouraged by the ministry of Jesus.

A new friend of mine, John Rinehart, has started a whole ministry designed to raise up modern-day Gospel Patrons who will fuel the mission of God in this world! I met him in 2014 at a Speakers Conference in Orlando, Florida, and we became fast friends. For a year, we met together online with two other like-minded men for a mastermind group designed to help each of us fulfill our calling in God’s Kingdom. He wrote the book Gospel Patrons that provides a well-researched perspective on how God has raised up business men and women throughout history to partner with those whose primary work was proclaiming the Gospel.

“God uses business leaders to fuel great movements of God. We call them Gospel Patrons. Business people are not second-class in God’s kingdom. They are not less than pastors or missionaries, but gifted differently for the same mission.

500 years ago, God raised up William Tyndale an English preacher, and Humphrey Monmouth a wealthy cloth merchant, to steer their nation back to faith in Jesus Christ. They both had a part to play. Tyndale’s was to challenge a thousand year old tradition, the Latin Vulgate, and give 6 million English speakers their first English translation of the Bible. Monmouth funded Tyndale, strategized with him, and smuggled Bibles back into hostile England. Tyndale was later martyred on account of this work, but the fruit of their partnership birthed nothing short of a reformation that shook England and then the world.

250 years ago, God joined a single-minded patroness, Lady Huntingdon, and a passionate preacher George Whitefield to revive a nation asleep to the gospel. Lady Huntingdon burned to use her connections and societal status to bring the rich doctrine of salvation to the aristocracy of England. She saw as Whitfield a strategic ally for this mission. Their partnership gave Whitfield a powerful preaching platform reaching Britain’s elite and allowing 80% of the American colonies to hear the gospel. Together, they fueled The Great Awakening.

200 years ago, God brought together an English sailor turned cleric, John Newton, and one of the wealthiest businessmen in all of England, John Thornton, for the advancement of his kingdom. Newton played the part of a patriarch to England’s future church leaders, missionaries, and leading laymen, among them William Wilberforce. Thornton patroned the first 1,000 book print run of Newton’s hymns, causing us to have our most precious anthem “Amazing Grace”. Their partnership helped raise up two generations of preachers and shape the political and spiritual future of their nation.”

As you can see Gospel Patrons, often unknown and in the background, were a vital part of the spread of the Gospel in their generation. And their role was equally important to that of the speaker/preacher/writer!

Maybe you’re a Gospel Patron? Maybe part of the calling you’re meant to fulfill is to relationally partner with a communicator of the Gospel and fuel his or her ministry in the Kingdom. If you’re interested in knowing more about what it means to be a Gospel Patron, I’d like to send you a copy of John’s book FREE of charge, then set a meeting where we can sit down and talk more about several strategic Gospel partnerships. Just zip me an email with your street address to: bruce@brucewmartin.com.