Hope For When You Blow It 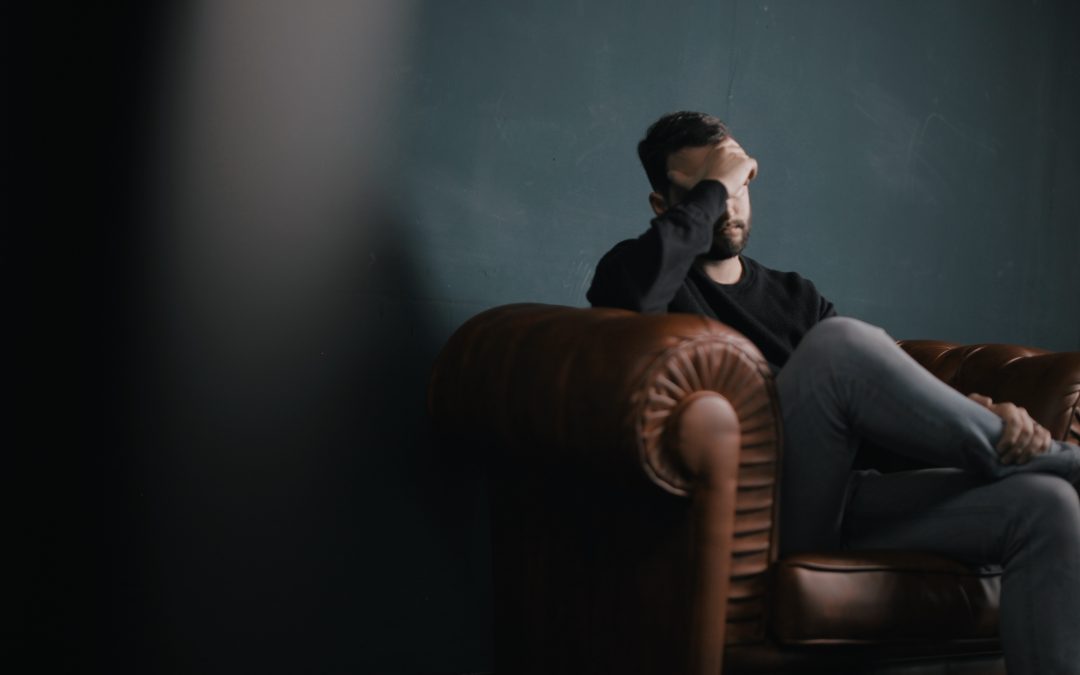 Bad things happen to good people for a lot of different reasons, most of the time through no fault of our own. But sometimes we get in a bad spot…and it’s our own fault. So let’s just start with the most obvious reason that bad things happen and get it out of the way.

You made a bad call.

Okay, this is a no brainer. You screwed up. You made a bad decision. Maybe you made an unwise choice that didn’t seem like it was going to be such a big deal. Or maybe, you just outright rebelled against God.

Either way, you’re in a storm and you know it’s a storm of your own making. In some ways, this makes it all the more painful. The regret you feel. The “if only I hadn’t done such and such.” It’s bad and it was avoidable.

The story of Jonah fits this category. He received a clear directive from God to go to Ninevah with a specific message. It wasn’t like he could have been unsure about what God wanted. He just flat out didn’t want to do it.

So bright boy jumped on a ship going the opposite direction. Bad call. This is what God calls sin. And guess what? Jonah sailed right into a furious storm! And he knew exactly why. When everyone else on board cried out “Why?” he stepped forward and, in his best Bob Newhart impression, said, “That uh…that would be me.” This was a storm of his own making. He was responsible, and he knew it.

Now, here’s what you may not know about this storm you’re in: God is crazy about you!

I know, it’s a little counter-intuitive. When you end up in a bad place because you sin, it can feel like God is mad at you, that he dislikes you. But the opposite is true! God brings discipline into our lives because he’s crazy about us. Because he delights in us.

Proverbs 3:11–12 says, “My son, do not despise the LORD’s discipline and do not resent his rebuke, because the LORD disciplines those he loves, as a father the son he delights in.” (NIV)  If you’re undergoing hardship as a result of your sin, here’s hope for you: God delights in you!

I’ve made my share of bad decisions. More than my share, in fact. There was a time about 15 years ago when I made a series of terrible decisions. As the pastor of a growing church, during a time of stress and anxiety, I made some horrible choices. They were wrong and I knew it. No excuses.

When I confessed my sin to the elders and then the congregation, it blew up the whole church. I insisted that it be handled publicly, not covered up or swept under the rug. It was the right thing to do. However, I kinda misjudged the fallout. My confession hurt a lot of people, causing a lot of disillusionment and disappointment. Retrospectively, my confession and the resulting fallout became one of the worst storms I’ve ever navigated.

I ended up resigning the church I’d planted seven years earlier. It was one of the hardest decisions I’d ever made, but the fallout from my sin led me to believe that I could no longer serve there effectively.

The day I resigned was September 10, 2001. The following day, the world was changed forever with the attack on the World Trade Center. With the rest of America, our congregation was emotionally devastated by the attack, but now was without a pastor.

I felt like a total loser, like the shepherd who had deserted the sheep right when the wolf attacked. I was torn. Part of me wanted to go back and plead with our elders to reinstate me as the pastor. The other part of me wanted to run as far away as fast as I could.

Just leave town, start over, try to get the ship righted again.

I decided to move as far away as I reasonably could. Let’s plant a church in Denver. No one knows what a loser I am there. So I took a manual labor job just to help pay the bills while I tried to raise money for this church-planting venture. But it just wasn’t there. 9/11 created so much economic uncertainty that neither churches or businesses were able to commit funds to a new church plant.

But I felt like I had to get out of the city so we moved to Denver anyway.

Things went from bad to worse at that point. We didn’t have any money raised, so I began trying to get some part-time work that would allow me to do the church-planting thing on the side. But work was hard to find and we ended up living on our credit cards, racking up over $70,000 of consumer debt. Not a good plan. We ended up having to move back to Huntsville, AL, after just four short months. It was embarrassing on so many levels. And it was all my fault.

Inside I was a wreck. I lapsed into a severe state of depression and became reclusive. I felt a combination of guilt, sadness, anger, and frustration every single day. I wasn’t angry with God, but I was furious with myself. How could I have let it come to this? What’s wrong with me? Stupid, stupid, stupid!

I had disappointed so many people: myself, my wife, my friends, our church. But even worse, I felt like God was disappointed in me, even kind of angry with me. In the midst of all this self-loathing and regret, the only prayers I felt like I could pray were “I’m so sorry. Please forgive me.”

Now here’s where it got weird for me. At possibly the lowest point in my life in terms of guilt and regret, God spoke to me. Clearly. In a mall.

I’m sitting in the middle of a mall in Huntsville, AL. No, really, more like lying. You have to understand, malls make me tired. Seriously. Physically tired. I literally yawn walking through the front door. I typically avoid them at all costs, unless there’s something good at the food court.

But my wife wants to do some shopping, and I want to be with her, so I go to the dreaded mall. I don’t actually go in the stores though. I might fall over. So I find one of the big open areas in the middle of the mall and stretch out on a couch right underneath a huge domed skylight. As I begin to fall asleep, I remember praying something along the lines of “I’m so sorry” again. And I hear it.

I love you and I’m not disappointed with you.

For the next five minutes as I’m lying on that couch, bathed in sunlight streaming in from the skylight, I sensed (for lack of a better word) wave after wave after wave of God’s love pouring over, into, and through my body and soul.

Scripture reminds us in Hebrews 12:11, “No discipline seems pleasant at the time, but painful. Later on, however, it produces a harvest of righteousness and peace for those who have been trained by it.” (NIV)

So here’s my hope when I blow it: God loves me deeply and a there’s a harvest of righteousness and peace coming on the other side of my pain.

Adapted from Desperate For Hope which you can purchased here.

Next week’s blog: Hope for when someone else blows it and you’re facing collateral damage.