Why Does God Work Through Broken People? 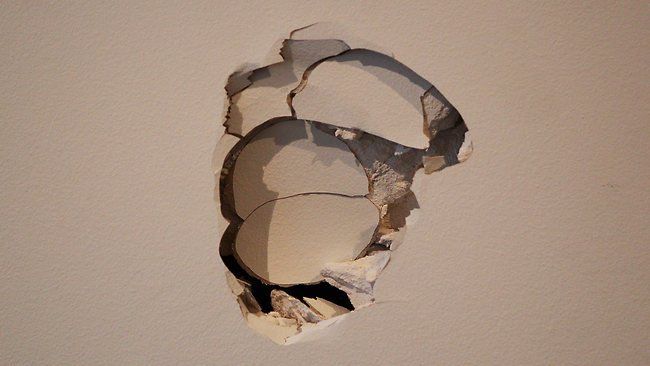 The hole in the wall was a dead giveaway.

In a moment of anger, I had taken my fist and slammed it into the wall of our home as hard as I could. All of the stress and frustration from the previous six months suddenly came together in an uncontrolled fit of rage. I found myself yelling at the top of my lungs at my wife and teenage son, then capping the whole tirade off with a powerful wall slam.

Unfortunately, I only broke through part of the wall. Turns out there was something behind the drywall that I couldn’t see in my blind rage. Something that did a lot of damage to my right hand, actually breaking one of my fingers. A stud. (By the way, if you ever decide to hit a wall, you need to keep in mind the number 16. That’s how many inches there are between the studs in your house. You’ll want to aim for the “between” part. Just a little FYI.)

Now I had a hole in the wall, a bloody hand, and a broken finger. But worse than any of that was the look of fear I saw in the eyes of my wife and son, wondering what the heck just happened to dad and what might he do next? The whole thing was incredibly embarrassing. And sad. I just wanted to crawl in a hole and die. What kind of person does that?

The reality is I’m a broken person. I don’t like it. In fact, I hate it. I wish like everything I could be the perfect husband and father, one who wise and patient and kind. And mature. One that never raises his voice or punches walls. But it’s not gonna happen. Not this side of heaven anyway. I’m a broken husband, father, friend…and pastor. Which begs the question:

Why does God work through broken people?

I mean, He could certainly do everything by Himself. Or maybe have angels do all the stuff for Him. But not people. At the very least, if you’re going to work through people, find some better than me! I’m an embarrassment to the whole Kingdom sometimes.

I remember talking to my brother when I was feeling particularly low after yet another bout of embarrassing behavior. And I asked him that question. “Why does God work through messed up people like me?” I’ll never forget his answer.

“Because that’s all He’s got.”

The truth is, we’re all broken and He chooses to work through each of us anyway. And there’s a reason for this. It’s not about us. It’s about Him. The Apostle Paul put it this way, “But we have this treasure in jars of clay to show that this all-surpassing power is from God and not from us.” (2 Corinthians 4:7-8, NIV)

We do God’s work, yes, but not in our power. Not in our strength. Not in our perfection. We’re just jars of clay, broken and fragile. The power to do anything of value comes from Him. So embrace your brokenness…and His power.

Because that’s all He’s got.